I read an article on the BBC the other day on how the UK government is planning to reduce the maximum height allowed for wood-framed buildings from six stores to four to reduce the risk of another "Grenfell-type" fire.

(The Grenfell fire in London was a few years ago: a high rise block of apartments had a major fire due to the "plastic-type" outer cladding catching fire and the flames racing quickly up the sides of the building resulting in great loss of life)

This thinking seems to contradict what we learned from our expert wood research speaker a couple of years ago and is also at odds with the Government's of France, Norway and many others who say that correctly designed wooden buildings are safe and help with the reduction carbon emissions.

Plus wooden buildings are not usually clad in plastic, which was the root problem in the Grenfell disaster.

Is is just sign of some governments not accepting or understanding science? Or not accepting global warming? Or are they just being swayed by the concrete and brick companies?

You can read the artical at: BBC News

He announced that John Blackmore would be moving out of California and leaving BAWA. Jon Kaplan volunteered to replace him as treasurer.

Frank will provide details in a future e-mail to the membership. Bruce has also decided to auction off the remaining pieces of the Kirk donated walnut, which consists of 7 pieces about 1-inch thick up to 93 inches long and up to 10 inches wide, totaling 76 board feet. Frank also announced that the message returned from our website saying that it is "not secure" will be fixed in about a week. The main visual change as a result will be that the background color on cell phones will be white instead of yellow. (Editors note: The color is RGB(219,213,103)) 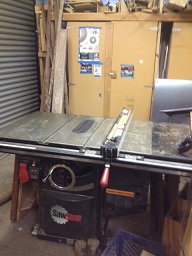 The SawStop with 96in rip enabler in operation mode 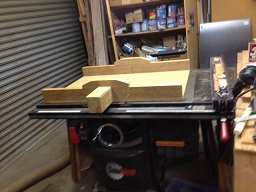 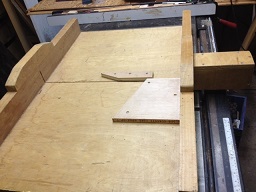 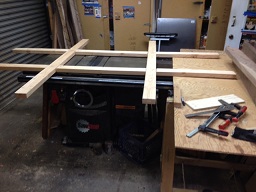 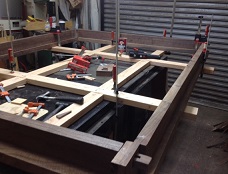 Mk1 jig in use, and bending 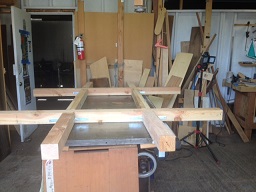 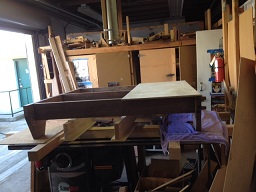 Mk2 jig in use


Frank described some of the table saw jigs he has built for his 240v 1 phase 5 hp Sawstop.

There was a long discussion of how he came to destroy 3 of the safety protection cartridges in various incidents, only one of which actually saved his skin.

He showed a photo of a substantial sled for cutting large stock to which he can attach jigs for cutting custom angles. He then described a support jig constructed of 2x4's for assembling a large bed frame on top of his saw table. This was designed to provide a flat surface for assembling and gluing up this large bedframe. After discovering that the 2x4's were bending under the load, he came up with a Mark II version using 4x4's which worked satisfactorily.

Dennis Yamamoto commented that he had built a large torsion box for the same purpose, based on instructions from Jamie Buxton, to assemble some large door frames.

Bil Henzel showed the finished version of the sofa he had described at the last meeting. He has now applied a finish of 4 coats of poly/oil and one coat of poly/wax. He also showed some pull toys he has constructed from wood scraps, including kangaroos, frogs, and dinosaurs with moving spines. 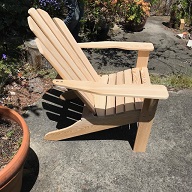 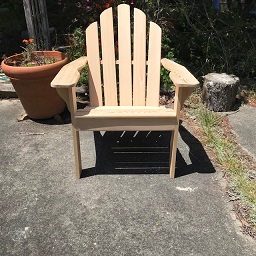 Fred Richter showed an Adirondack chair he built from plans from Popular Woodworking. He plans to build a second one to send to his daughter. It was glued with a 3M Type 5200 green adhesive which is waterproof but quite messy to work with. Chair was made of Cypress. All stainless steel carriage bolts and SS screws.

Jon Kaplan showed an object he made from his hand cut dovetail practice pieces. He also showed a wall hanging made from a piece of plywood left over after cutting out clock gears. He used a semitransparent mirror along with a regular mirror to make an "infinity mirror" to reflect the piece. 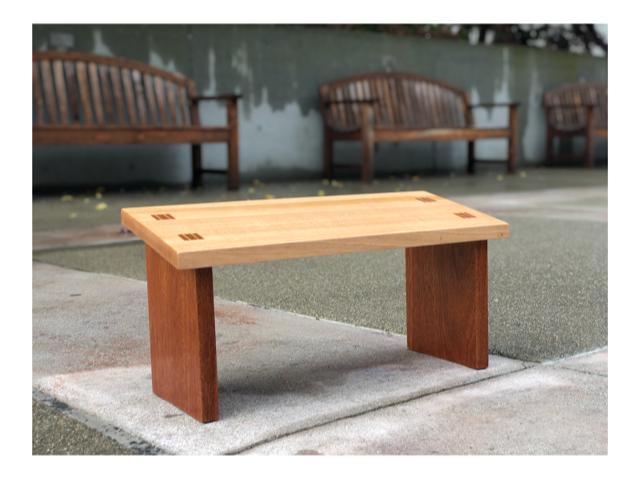 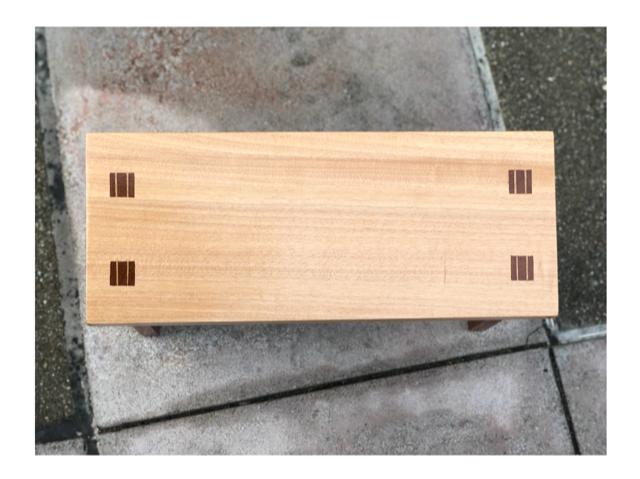 Pierre Granier described a meditation bench he made for a friend. It consists of only 3 pieces of wood with the sides meeting the seat at an 11-degree angle. It is made of African mahogany and Anigre, and joined with wedged square tenons. There was a lively discussion over how best to form the tenons and which direction the wedges should go. 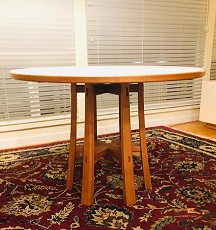 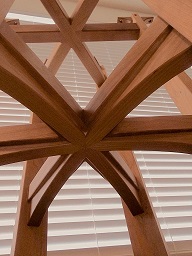 Yeung Chan talked about the second version of a table he had made whose original proportions he did not like. The new version has a heavier base made of cherry with mortise and tenon joinery and incorporates the laminate top he discussed at a previous meeting. It was finished with 3 coats of shellac and one coat of beeswax. He also showed a second table built with the original base design and a top made of 6 pieces glued together with biscuits. The legs on both tables were joined with a central stretcher assembly made with a triple lap joint. He then showed the frame of a 14-foot dinghy he is starting to build.