Notre-Dame Cathedral: Will it get a new wooden roof?

I watched a video of a French group, Carpenters Without Borders, demonstrating the making of a new roof truss for the Notre-Dame Cathedral using the same techniques used by the Japanese woodworkers who demonstrate at the annual Kezurou-kai event held in our area (most years)

The group made a gigantic roof truss for the cathedral just using axes and chisels, hewing the timbers square and then cutting the large joints.

The carpenters used eight 80 to 120 years old Oak trees and said it would require only 1000 trees to make all of the roof structures.

Their claim is that there are plenty of old trees in France to consider making the new roof from and a wooden roof would last longer than one made from concrete or steel. The last wooden roof lasted over 8 centuries.

From the video they appeared to have about 25 carpenters, male and female, working on the project, all wearing substantial shin guards. The cutting took about a week and the up-righting of the truss at the end required some understanding of leverage plus lots of strong bodies.

I am sure, using big power sawing machines, a new wooden roof could be complete in a reasonable time.

The Zoom meeting was called to order by President Frank Ramsay at 6 PM. He announced that Foster City meeting rooms will likely not be available until September, so we will be meeting on Zoom until at least then.

The next shop tour will cover small parts storage. 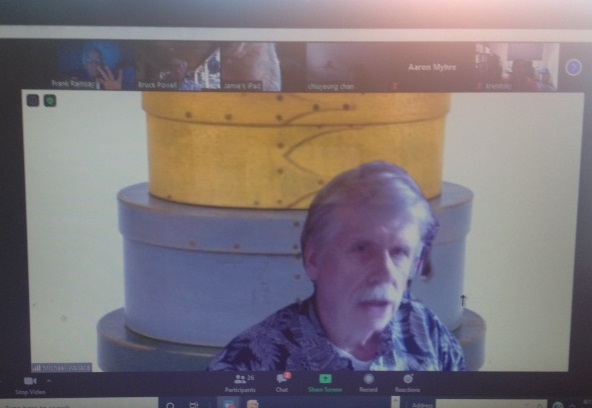 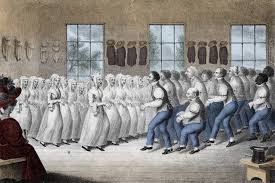 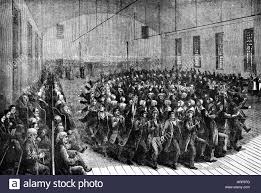 A Shaker Meeting (with non-members watching)


Their religious movement began in 1647 when they split off from the Quakers, when they gained their name as "shaking Quakers" because of their energetic style of dancing. Mother Ann Lee, born in 1736, was the most revered leader. She married in 1762, and had 4 children, all of whom died early. She joined the Shakers in 1758 and wrote the Manifesto of Divine Light in 1770. The doctrine required celibacy so the movement could only maintain its numbers by attracting converts. They left England in 1774 for Watervliet (now Niskayuna, NY). They adopted the official name of United Society of Believers in Christ's Second Coming. They went on to establish 18 communities, mostly in the northeastern US, and reached a peak of 6500 members. The elements of their beliefs were as follows:

Celibacy when couples joined, they were split up and their children removed from their care. Women could not be alone in the company of a single man.

Equality of the sexes-all did the same work. Leaders were often women.

Racial equality-even though slavery was still practiced in the US.

Pacifism they did not believe in military service

Their life was highly regimented. They all awoke between 5.00 and 5:30 and went to work. They breakfasted at 7:00 and then went back to work. Lunch was at noon followed by work until dinner at 8 PM. After dinner they would retire to common rooms. The church declined after the Civil War, partly due to the Industrial Revolution and its enormous need for skilled labor and the opening of the west. Membership dropped precipitously in 1900. At present the last community in Sabbathday Lake has only 2 old people remaining.

Primitive-before 1820. There are not many pieces left from this period as the Shakers recycled all their old furniture. 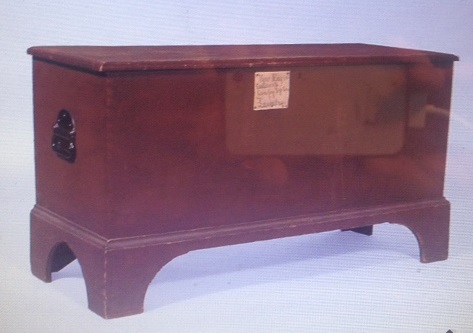 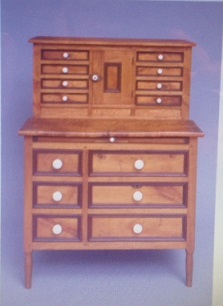 The design, construction, and finishing of the furniture was ruled by the Millennial Laws which were first promulgated in 1820 and significantly revised in 1845.Shaker ideas were similar to those of Louis Sullivan…" form follows function". Shakers often bought items from others and stripped them of ornamental features. 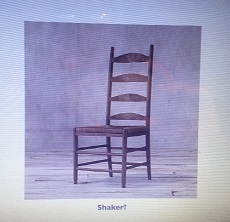 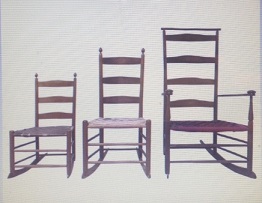 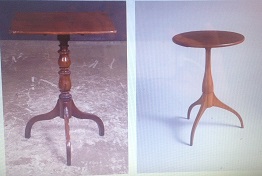 Some examples shown were benches, a chest, an adult cradle for when people were ill, a ladder-back chair, a center post table, and a Victorian multi-drawer chest. They would use whatever wood was available and often painted the furniture. In 1937, historian Edward Andrews visited all the communities and bought furniture. He compiled his experiences in a photographic history. In 1935, the Whitney Museum was the first to exhibit Shaker handicrafts. 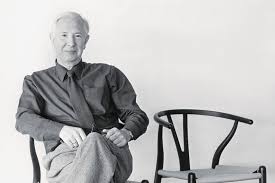 The Shakers also influenced many Swedish craftsmen: Keare Klimt was a leader in modern Swedish furniture design, Hans Wegner, a Swedish rocker builder, and Borge Mogenson, a chair builder. In the US, they influenced George Nakashima as well as the founder of the Arts and Crafts movement, Gustav Stickley.

The question period after the presentation was a lively discussion of the Shaker Box and its simple design and, as Michael attested to, difficult to construction. (In the screen shot above Michael has a background of the 3 standard sizes of Shaker Boxes painted in approved Shaker colours)

Paul introduced the contributions to the Virtual Shop Tour:

Claude described a "bench bull" based on the design of Linderman for raising work above bench level for such tasks as chopping dovetails. 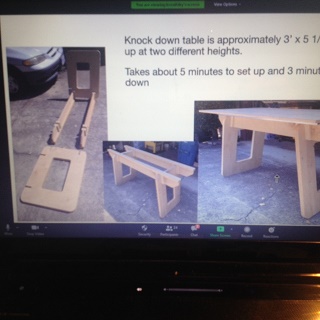 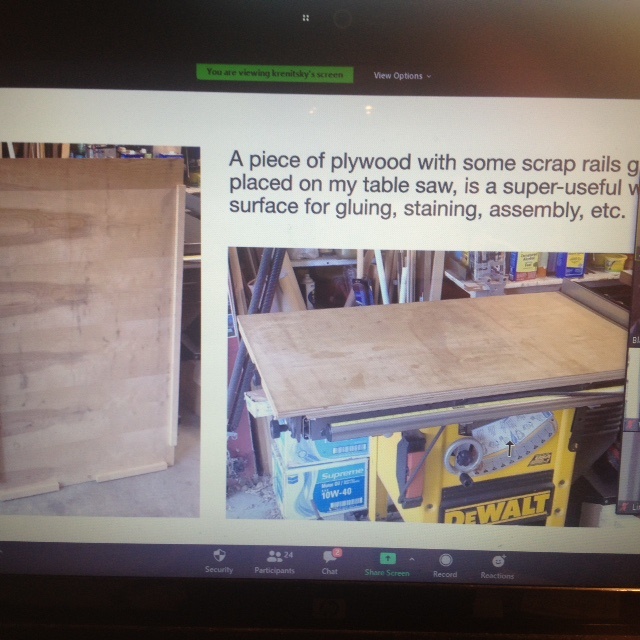 Jon showed a plywood cover for the top of his table sawand a knock down table, 3 feet x 5-1/2 feetwhich he can set up and tear down in less than 5 minutes. 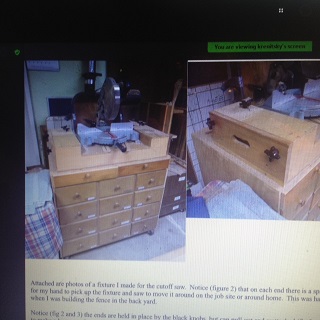 Ken showed a fixture to transport and use his cutoff saw.

Jamie showed some foldable drying racks for finished parts
as well as some folding sawhorses which are very quick to set-up. 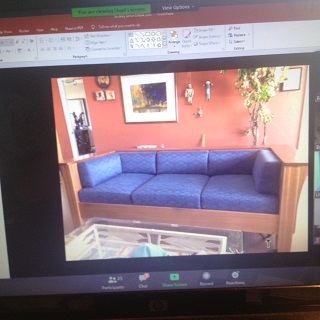 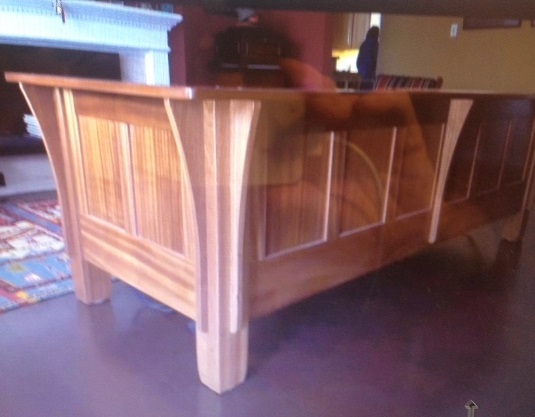 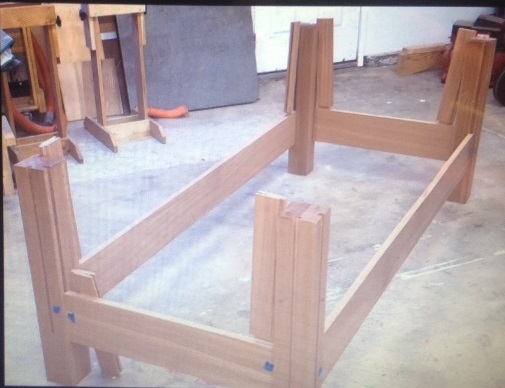 Lloyd described a Stickley settle he built using sapele after the design of one he saw at the Robie House in Chicago. He got measured photos and converted them to Sketchup drawings. He likes to pre-finish parts as he assembles the piece. He used General Finishes water-based urethane; 3 coats, followed by wax. Jamie Buxton mentioned that he had built the same piece out of white oak, which he showed to the group (a definite benefit of meeting over Zoom.)

Bill described a set of toy dinosaurs, which make complex motions when pulled.They are made from laminated lumber. 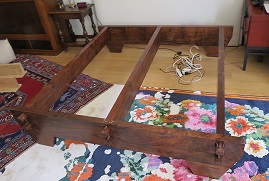 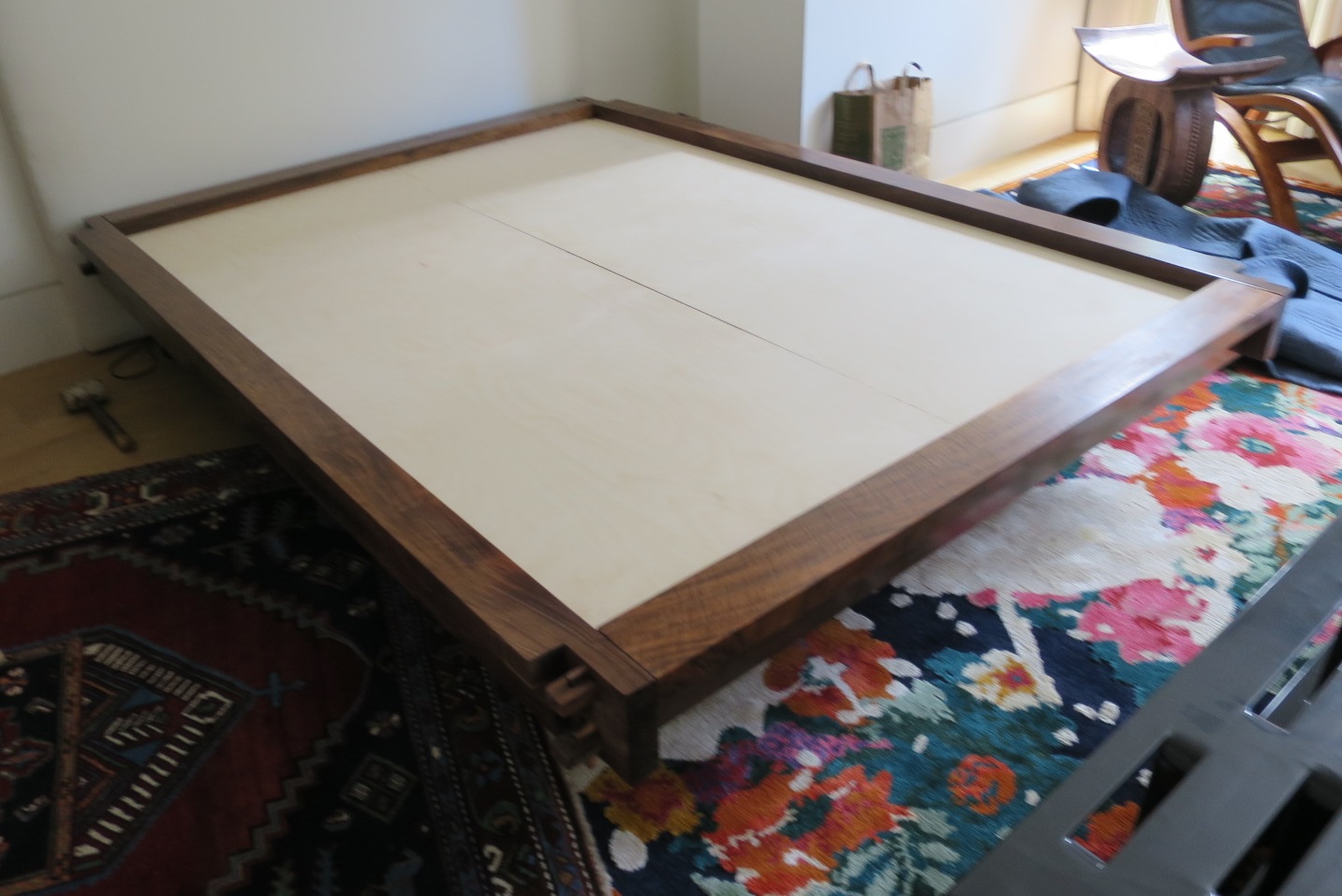 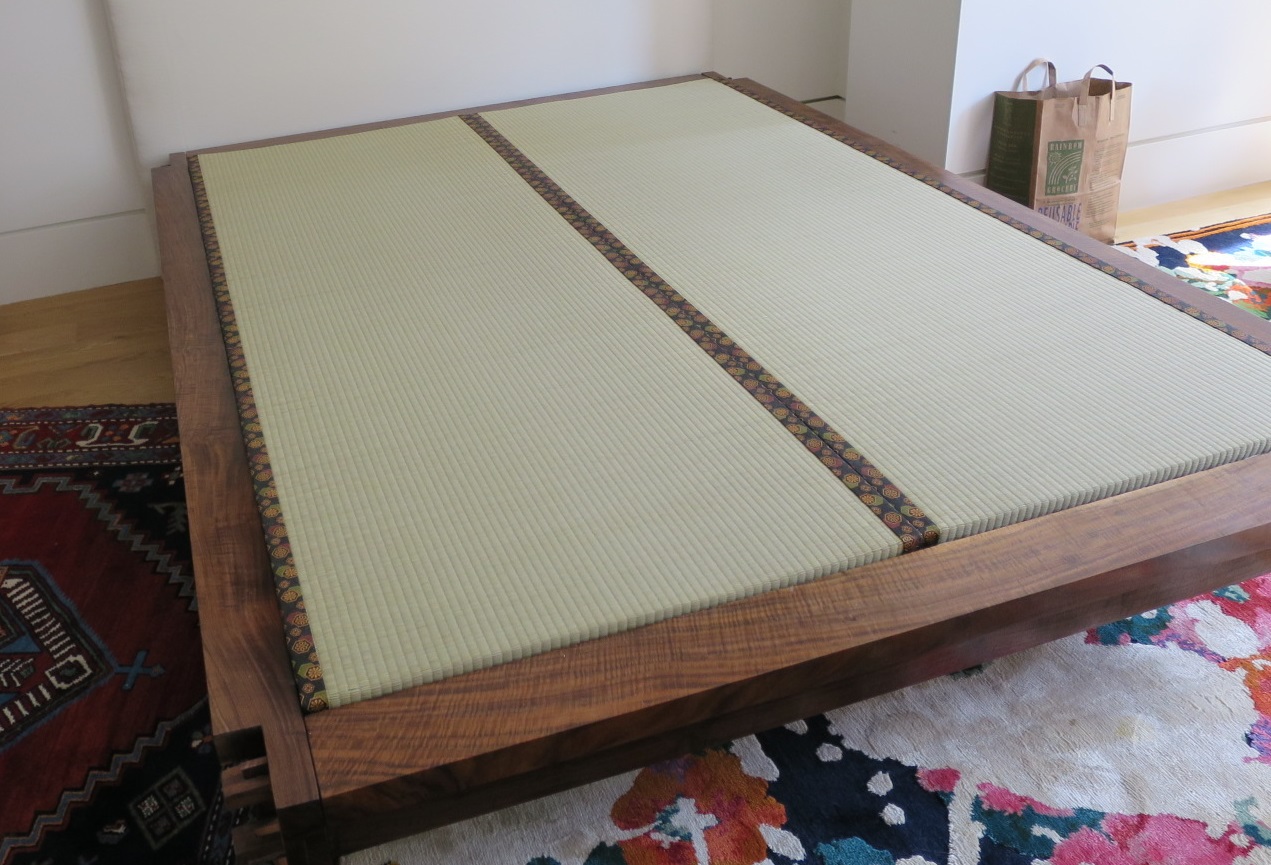 Frank described a Japanese inspired bed he made out of California Black Walnut. It consists of a plywood base surround by solid wood frame pieces with tatami mats on top. Finish is Tung Oil

The design is a copy of a bed the owner originally had made by a Korrean Korean woodworker in New York many years ago. It is made with Californian Walnut that came that came form trees in the central valley that were planted about 100 years ago and cut down early this century. The wood came from Robert Beauchamp, (thewalnutplace.com) It is very dense and heavy, like dealing with steel.

Bruce gave a tribute to John Blackmore in honor of his long service to the club over 20 years of membership. Some of the work he showed included a tori gate, a walnut table, a dining room table and bench, a "best of show" table in our 2011 woodworking show, 2 dining room chairs, a desk project for the 2014 woodworking show, which won the "People's Choice Award", an office suite in 2015, a live edge table in 2018, as well as 17 jewelry boxes, and 2 doors in 2019.

Tom Gaston showed a facility he designed for his lathe to contain and suck the fine dust out of the shop.