Presidents Message will return next month.

Vice President Jay Perrine called the meeting to order at 6 PM and announced that the sale of the hand planes that Arnie Champagne donated to the club will take place from 6-6:30 at the prices marked on them by John Blackmore.

Kelly, a teacher at Santa Clara University has just started woodworking and has just moved up from LA.

Harold Patterson announced that he had brought items for silent auction that are displayed at the back of the room.

Jon Kaplan announced that he had brought books for sale at $2 each with proceeds to go to BAWA.

Roger, a visitor brought a load of manzanita wood to give away.

John Blackmore reported that the Foster City administration had agreed to reduce our meeting fee from $55 to $40/hour. The club has collected $600 so far from the sale of Arnie's planes.

At our next meeting on 15th November the Guest Speaker will be Mark Tindley with a presentation on "Building Tables in the Greene and Greene Style". You may remember Mark from his presentation to us last year on "Copying a Stradivarius violin" - the only meeting I remember during which we had a solo violin performance.

Before the November meeting we will have a board meeting and the meeting will start with our Annual Meeting at which there will be the election of officers for the following year, it is not to early for you to think about volunteering to help with the running of the club. 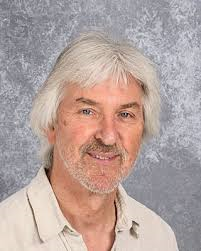 John Lavine was an editor for Woodwork Magazine. He is presently a teacher at Westmoor High School. He has also been a carpenter, a boat builder, and has taught at Laney College. John has also been a judge at our Woodworking Show. He first learned woodworking on construction sites and became a skilled carpenter doing remodeling, mostly using a Craftsman 10" table saw. After this initial work experience he decided to attend Laney College, which offers a 2-year degree in cabinet making as well as wood working classes for non-majors. He also learned a great deal from reading magazines such as Fine Woodworking, Wooden Boat, and American Woodworker. His creed is that you don't get a bump in your woodworking ability until you take a risk and try something new that you have to figure out yourself. His first step in that direction was a step stool that was described in Fine Woodworking. At the time he had a small garage shop with a 10" Powermatic table saw and would do his milling at Laney. Later on he joined a shop in west Berkeley with 8 co-workers. They all had skills to share and advice to offer. He took on any projects that came in the door.

John likes Arts and Crafts style because it has straightforward joinery and shaping. A request came in from a gallery that had a Charles Lindberg Craftsman table and needed chairs to match. The chairs were stained oak made up of triangles and tapers and required him to invent a lot of specialty jigs and fixtures.

Even though he prefers to work on commission, as a way of gaining an audience he entered shows and exhibitions for which he needed to make speculative pieces. For this purpose he made some of the above-mentioned chairs in MDF and painted them in either black or white lacquer. Unfortunately they were not comfortable to sit on. He next scaled them down to kid size, which he manufactured in a production run of 20, which all sold immediately at a crafts fair. His next project was to make a trestle dining table from some existing walnut boards, none longer than 4 feet. To make the table he needed to join some of the boards end to end using sliding dovetails. In another project, a client wanted a table built from madrone like one they had seen in a store but which was too expensive. His design used hollow tapered legs, which required him to build tapering jigs. The biggest trick was to figure out how to clamp the hollow legs for gluing. The solution was to build a set of plywood squares of different sizes that slide over the leg and are tapped into place during gluing. The table top is MDF with bookmatched 1/16" thick madrone veneer with solid mitered madrone edges. He routed a thin seam between the MDF panel and the solid madrone edging to mask the joint. John then showed a coffee table he designed with double legs at each corner and a veneered top with a red dyed mahogany inlay. This was followed by a table with legs and aprons that were constructed from defective walnut rifle stocks. The stocks were rough cut from 8/4 lumber and were left rough. The apron pieces were joined at the butt end using mortise and tenon joints. He inlaid some rifle shells and shooting targets in the tabletop.

John met Mikoto Imai when he spoke at Hida Tools, Imai is a Japanese temple builder who was demonstrating his techniques. Afterwards he took classes from Imai, which consisted of students watching him work and trying to imitate his movements.

John then digressed into a discussion of the woodworking magazine business. The magazines make their money from advertising, not sales so they need to appeal to beginning and intermediate woodworkers, who tend to be in the market for tools. He recommends Woodworker West edited by Ron Goldman, which is only available on line. Ron publishes calendars of events, pictures from shows, info from clubs, and class offerings.

Local classes are offered at Laney College and Westmoor High School where John teaches. Westmoor now has a laser engraver, which is programmed using Adobe Illustrator or Sketchup, and a Shopbot CNC router, which is programmed with VCarve using design data from Illustrator or Sketchup, among other programs . Shop facilities are available at the Tech Shop in San Jose or San Francisco.